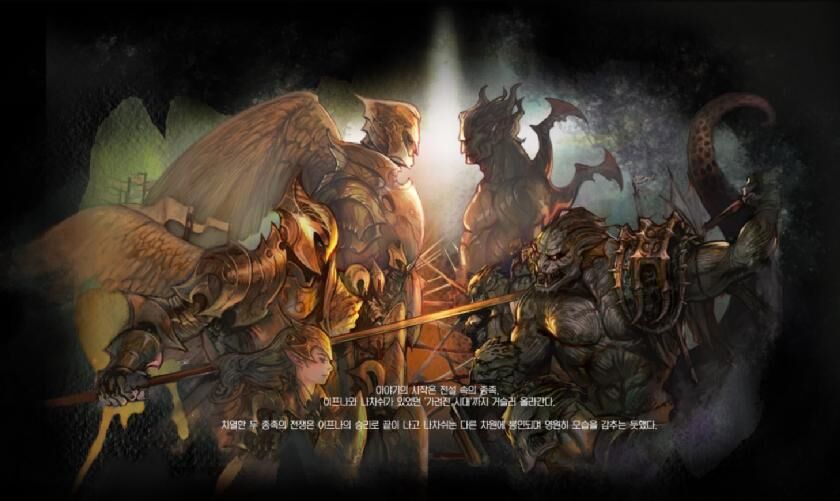 The Akasch were one of the first three higher races, created by Thiol, together with Ipnya and Nuon. This was during the Hidden Era.

They were regarded as evil beings who thirsted for power, and immortal life. Wise and magical, their source of power is known to come from hatred. They subjected lesser beings to experiments towards this end, ate and bred them like livestock. After a long war they were banned from Erenor into another the place of The Abyss by the Ipnya because of their doings and the seal to their prison is at the Aegis Island. To this day, they are still conspiring to release the seal, and extend their influence across the continents. Orchidna became their queen and with the fate of releasing them back into Erenor.

An Akasch is about 2 ~ 3 times bigger than a human, and it is said to have a huge snake-like appearance with hands and feet. Since there is no detailed description, it is assumed that they are similar to the Nachashgar Guardian at the entrance of Nachashgar (Localization not confirmed).

It is believed that they worship giant snakes, and they often have snake patterns in their architecture. They also preferred geometry: The interior of their city, Nachashgar, is made up of geometric patterns and structures.