Your first mount will likely come from one of the early quests in the game, but those and others are also available from various merchants or as rare rewards. Mounts are generally obtained as babies, and you’ll need to raise and care for them until they grow into a suitable companion.

Once grown to an adult, mounts can be summoned into the world. They act like a separate character, in that they have their own health bar, stats, experience amount and level, slots for equipment, and collision. You can ride your mount or have them follow you as you run around; mounts also have different abilities that are gained as they level and can be used while you’re riding. They will also be attacked by hostile NPCs – or hostile players – bent on disabling your means of escape.

Mounts can be named, and will display this name over their head when rider-less. Target your mount when summoned and right click their health bar to rename them. Some mounts, namely the horses, elk, and snowlions, have the ability to carry more than one character. The owner acts as the main rider and controls the mount, while another member of their faction can mount up behind and be transported. This is especially handy for moving trade packs. The mount’s owner can dismount passengers at any time.

Each playable race has a different racial mount type, offered in three color options during an early mount-raising quest line in the starting zones.[1]

Horses are the default quest obtained mount of the Nuian Race. They may obtain it from a short quest chain starting with Animal Care. Elves and brave Easterners can also obtain this ground mount for a small fee from the Wardton stables.

Snowlions are the quest mount of the Firrans. As with all mounts, it can be purchased by all races, as long as they are willing to make the journey. They can be located in the Falcorth Plains. 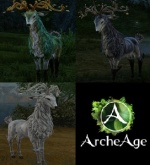 The default quest mount of the Elf race is obtainable by all other races for a small fee on the North West of Gweonid Lake. 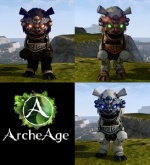 Leomorphs are the default quest mount for the Harani, and can be found in Arcum Iris, located on the continent of Haranya. 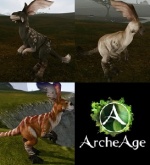 The basic Yata is a purchasable multipurpose mount. It can be obtained from any Stablehand NPC whom is available to all races. Striped, Palomino, and Black Yatas are obtained by breeding Cashmere Yata Calves.

The donkey is one of the fastest pack animals in game. It is available from early trade quests but may also be purchased from Mirage Island.

A fairly novel mount available for purchase on Mirage Island. 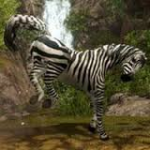 Can be upgraded to Thunder Dash with 30,000 more honor points upon reaching Stormdarter level 50.

Video guide on how to upgrade to Black Arrow.